The 9th MOWCAP General Meeting is held from 24-26 November 2022. The meeting is generously hosted by the Korean Studies Institute (KSI), Andong, Republic of Korea.

The event is a hybrid and delegates can attend in person or online.

UNESCO Almaty presented the Memory of the World programme activities conducted by the Office at the International Symposium on 24 November 2022.

National Memory of the World Committees in Central Asian countries:

Memory of the World Register: 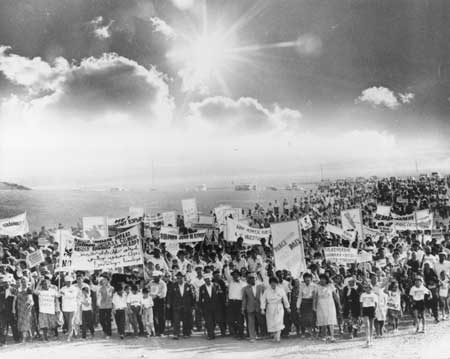 Degelen test site conducting the test. The first underground nuclear reactor with a capacity of 1 kt in mine No. B-1. 11 October 1961. Semey (Credits: KZTKO fund)

1949−1989 Verification report on the number of nuclear and non-nuclear explosions carried out at the Semey test site, 28 February 1992. (Credits: KZTKO fund)

National Memory of the World Committee of the Republic of Kazakhstan, National Academic Library, Astana, 2017.

CD-ROM Kazakhstani Chronicle in Kazakh Newspapers from 1913 to 1933 in arabic script, National Library of the Republic of Kazakhstan (link)

CD-ROM Early publications of the Kyrgyz Epic Poem Manas 2000 (link) its occupies the most significant place in the folklore heritage of the Kyrgyz People.

Activities on the Memory of the World

10 countries including Kazakhstan and Kyrgyzstan

National Memory of the World Committee of the Republic of Kazakhstan

Central Asian register of the Memory of the World

Towards sustainable preservation and accessibility of documentary heritage 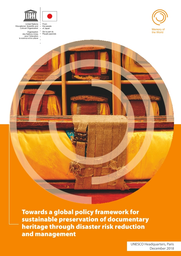 UNESCO Recommendation concerning the Preservation of, and Access to, Documentary Heritage Including in Digital Form 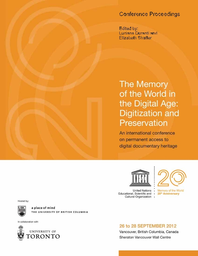 The Memory of the World in the digital age: digitization and preservation; an international conference on permanent access to digital documentary heritage

The World Day for Audiovisual Heritage (WDAH) is a commemoration of the adoption, in 1980 by the 21st General Conference, of the Recommendation for the Safeguarding and Preservation of Moving Images. The World Day provides an occasion to raise general awareness of the need to take urgent measures and to acknowledge the importance of audiovisual documents.

In this way, the World Day also serves as an opportunity for UNESCO’s Member States to evaluate their performance with respect to implementing the 2015 Recommendation Concerning the Preservation of, and Access to, Documentary Heritage, Including in Digital Form.

The 2022 WDAH celebrated in conjunction with the 30th anniversary of the Memory of the World Programme. The theme “Enlisting documentary heritage to promote inclusive, just and peaceful societies”.

Taking its cue from the 2030 Agenda for Sustainable Development, documentary heritage, as an information resource, lends itself both to the “public access to information” component of Target of 16.10 of SDG 16 and its “fundamental freedoms” component to promote inclusive, just and peaceful societies.

Kazakh National Conservatory after Kurmangazy with the support of UNESCO organized the Preservation of the Library Fund Workshop in Almaty on 10 October 2017. Fourteen educational institutions and representatives of the concert and theater industry from Kazakhstan participated in the workshop devoted to World Day for Audiovisual Heritage (27 October)

For any enquiries or questions please contact the MOWCAP Secretariat at: gm2022@mowcap.org